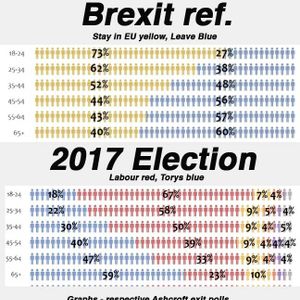 Corbyn’s strong showing in the June 2017 UK elections has given a big morale boost to the left. A considerable youth vote, self-mobilising in larger part as a reaction to the ‘me and mine’ selfish society revealed by the Brexit vote seriously set back Tory plans for a fresh wave of Brexit required austerity. Activists used social networking to overcome what had previously been seen as an all powerful smear machine of the billionaire print press. Very few outside the radical left expected this outcome, what drove it and more importantly where can it lead?

While listening to this audio you may find it useful to follow the text notes to access webpages and raw data referred to in the audio. The text notes are at https://www.wsm.ie/c/absolute-boy-youth-revolt-jeremy-corbyn