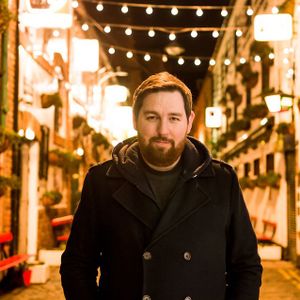 "A Scotsman, an American and an Irishman walk into a bar….the band St. Alban is born over drinks and a love of the mythology of sea travel and a history of emigration in a bar in Belfast. Three well travelled musicians, Peter McVeigh from Belfast (voice, piano, guitar), Andy Dunlop from Glasgow (guitars, piano) and Mark Evitts from Nashville (violin, mandolin, strings) who feel the symbiotic relationship between being on tour and the lives of sailors, adrift and yearning for home yet in love with the routine, the camaraderie and the thrill of the journey. With their self-titled debut album available from the 29th of March, I'll be talking to Peter, from Belfast, about their influences, funding the album via Kickstarter, and their hopes for the future."

This interview was originally recorded and broadcast on 02/03/2020.