WLR Present...Projekt Ich - By Train Through Countries (The Remix Selection) 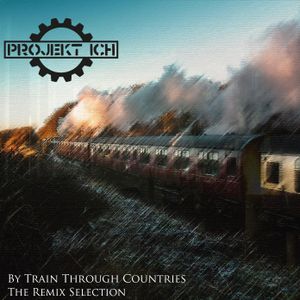 Projekt Ich, This Time I'm Over You feat. Erik Stein, Little Star, Where Are The Angels, Forgotten Dreams and more.

Projekt Ich is the name German musician Ulf Muller works under and over the last couple of years he has set out on a very interesting journey, which has resulted in the release of the album "By Train Through Countries".

What makes this so interesting is the fact that virtually all the tracks were released as singles before the release of the album. Each single has featured different lead vocalists, in addition each single release was backed by a number of remixes, and on this show we have selected our favourite remix of each of the singles released, that has English vocals.

Ulf is making available all of the singles and remixes as FREE DOWNLOADS if you purchase the CD version of the album, that equates to over 16 hours of music and over a 180 tracks.

The album is available via the Projekt Ich Bandcamp page here:

Thanks for playing my Remix of This Time I'm Over You!!!!!
Greetz Imu

THANKS FOR THE FANTASTIC SHOW MY DEAR FRIEND GARY !!!
GREETZ! ULF BY PROJEKT ICH