The Beginning Of Something Wonderful - The Story Of Empathy Test 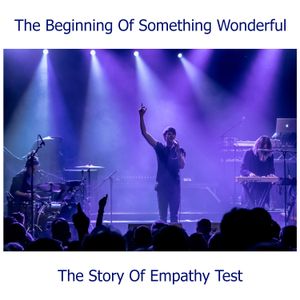 This show was 15th in the global electro pop chart.

A warm welcome, to "The Beginning Of Something Wonderful - The story of Empathy Test"

Empathy Test are an Electronic band based in the UK and on this audio documentary we take an in depth look at their career and releases so far.

The band consisting of Isaac Howlett and Adam Relf formed the band in January 2013 and have so far released several EP's and 2 debut albums "Losing Touch" and "Safe From Harm", released at the end of 2017.

They have been impressing on the live circuit as well, where the band are joined my Chrisy Lopez (Live Drums) and Sam Winter-Quick (Live Keyboards). In the last 12 months they have played live in Poland, Canada, Russia, Germany, Sweden and elsewhere across Europe.

If you haven't discover Empathy Test yet, then this is the place to start!

Please timestamp and list their tracks properly during this and I'd love to listen then :)

Some really great music from this act - no stone left unturned in their story, an epic Introduction to the talented band, not just a dot-to-dot of their career but nice melodic highlights throughout. Nice narration too matey :)