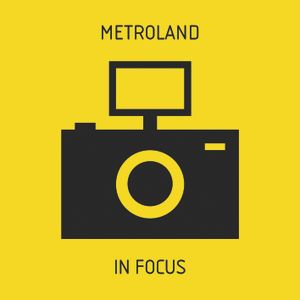 Belgian concept electronic band Metroland always come up with unique concepts for their albums, underground rail systems was the subject for their debut album "Mind The Gap", whilst the Bauhaus movement was the concept for their second studio album "Triadic Ballet".

"Things Will Never Sound The Same Again", was an album recorded and dedicated to their sound engineer Louis Zachert, who passed away suddenly.

So, what did they come up with this time, for their 4th studio, the answer, photography, they had to create songs influenced purely by photographs submitted by photographic collective F8, also based in Belguim.

This show tells the full story about this concept release and covers the main album "Men In A Frame" and associated singles, plus the remix albums "Framed" and "Framed Anew", as well as discussing the unique Metroland USB Key releases.

Everything covered in this audio documentary is available via the bands official website:

As always, great one and see you soon in M or in M (as in Mechelen or Manchester). Electronic regards. Passenger S

Pictures To Listen To was absolutely fantastic - #1 quality and shades of pale had extraordinary production - just thumping! Creative Rose was melodic heavenly synth. Hope the LP does wonders :)