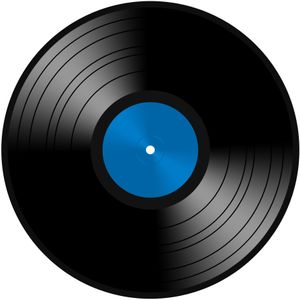 Welcome to Volume 49 of Maximum 80s here on White Lion Radio, a show that celebrates the 1980s 12 Inch Single!

This a series of shows that features some of the finest 12 Inch Singles from the 80s all in one continuous mix. The biggest hits in the 12 Inch format from the greatest decade in music history!

You can find out more about all our shows by visiting our official homepage:

Lovely stuff, I'm a bit late to the party it seems, but this show has similar kind of things to what we play on ours, the only difference is we talk nonsense in between the tracks ;)

Had to listen in 2 stages. Awesome! Haven't heard that OMD song before. Loved the Kim Wilde and Taylor Dayne mixes 1988 special. When the going gets tough you always throw in some Pet Shop Boys. I love that Dead or Alive song. Great to hear different mixes of these classics Gary

The Promise - when in rome, what was that? Just googled it and wasn't a hit - what were the record buying public thinking, that should have been a #1 song - just fab although I had heard the back ground drum beat (intro) in some other song that I like, but can't place it probably pet shop boys or something similar maybe a remix of west end girls?. Some real classic, Kim Wilde, Denice Williams, OMD and Billy Ocean. You'll not believe me but this weeks I'd been singing 'prove your love' to myself and there you go and spin the disk itself, we've got some telepathy going in here. Not overly familiar with the dead or alive track but top banana it was same goes for ABC. Suburbia would have the best track here but I'm pinning the ribbon instead onto When In Rome a bigger shock than the general election there ;)

Same here - had not heard of the The Promise tune until I emigrated to America - it's almost on repeat rotation here on the 80s radio stations. Made number 11 in the US Billboard chart - but only 58 in the UK Singles chart.

Without a doubt "The Promise" is a gem of an 80s track, i'm still in touch with Clive Farrington who was the singer in the band and I did an interview with him a few years back, an absolute joy to chat too, i must see if I can find the interview and maybe upload it again, he is still doing music and has just released some new material in his own right.

The track was massive in the states Adrian and became popular again in more recent times as it was used in the film "Napoleon Dynamite"!