Have You Heard The News? - A Tribute To Mark Hollis 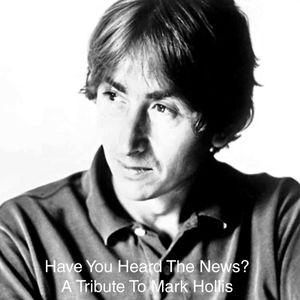 Have You Heard The News? - A Tribute To Mark Hollisby White Lion Radio

On Monday the 25th February it was announced that former Talk Talk singer Mark Hollis had passed away.

The first 2 Talk Talk albums, “The Party’s Over” and “It’s My Life” are both very high in my all time list of favourite albums, indeed they are albums I have played on a regular basis, since they were released, they are that good, timeless masterpieces and any fan of 80s Synthpop music should have them in their collection.

As a tribute to Mark we’re going to play a selection of my favourite tracks off “The Party’s Over” and “It’s My Life”. So, sit back and enjoy the creative genius, that is, Mark Hollis.

A fine farewell to a gifted musician - The Last Time was great, I've heard a few over the years (mainly from White Lion Radio :) sad news, but a fitting tribute, cheer Gary

Talk Talk
It's So Serious
Today
It's You
Dum Dum Girl
Mirror Man
It's My Life
Have You Heard The News?
Such A Shame
Another Word
Renee
The Last Time
It's My Life (Tropical Rainforest Mix)