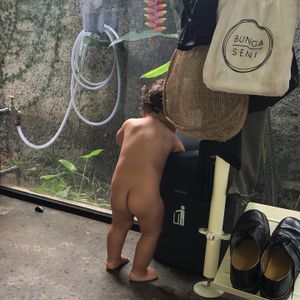 Angga Pratama is a photographer who is mostly known for his provocative works. As he prefers sticking to analog photography, he would also describe his works as unpolished and organic, meaning anything that’s real. Risqué is another way to describe it. Throughout his career, his work has been exhibited around the world including APW Gallery in New York, the Above Second Gallery in Hong Kong, and the National Gallery of Indonesia in Jakarta, and his recent one being Crate Gallery in Bali.