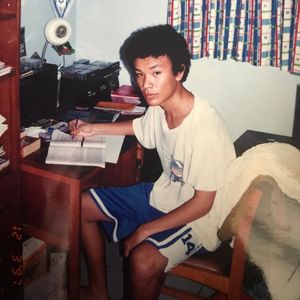 He’s mostly known as one of the duo spinning Indonesian old-school disco tracks Diskoria, but Merdi Simanjuntak has had a long history being behind more than one musical projects throughout his career. Aside from being the one responsible bringing back old classics with Diskoria, he was also behind Whoopdemfunk and the jangly pop band Sweaters. Recently, he’s involved in one of the weekly programs in Zodiac, Blow Jams, playing love songs all night long under the moniker A$iap Rocky.

In the new edition of Selected, Merdi aka A$iap Rocky has selected his chosen love songs for the week.