The Sound Of EUROPA 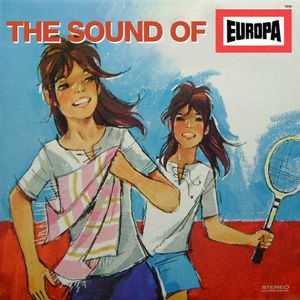 The Petards, The Duke of Soho, John Deen & The Trakk, Hell Preachers Inc, The Animated Egg and more.

Three Little Pigs and Deep Purple?! Most german kids in the 70s used to play groovy beat and soul stomper, hard prog-rock and heavy psych. Why? Because „Europa“ — the german market leader for audio books for children (The Three Investigators/Die drei ???, St. Clare’s/Hanni und Nanni, Hui Boooh/Hui Buh, Famous Five/Die Fünf Freunde) — used music from his own label's repertoire, in addition to the work of legendary composers like Carsten Bohn. These dubious records were cheap, often produced only on one day and covered all the trendy styles, from classical music to beat,
rock, pop and disco. The daily fee per musician was about 50 Euros. Among them were the great german beat band The Petards and musicians of acts like James Last Orchestra and Wind. Listen to EUROPA's best gems of the 60s and 70s —
enhanced with numerous extracts from the famous audio books.