Join free & follow We Be Geeks - Your Voice Of Th

We Be Geeks 221: Batman Forever 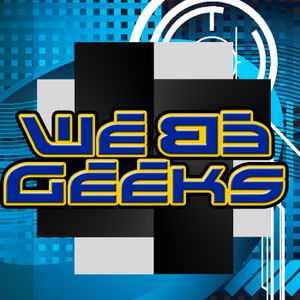 We start off this episode talking about the passing of Adam West, Batman's Batman, and some of the tributes honoring the iconic actor. Next, we talk about the adorkable Bob Ross Funko Pop figure that was recently announced before moving on to an in-depth discussion about some of the games announced at E3. Next, we ponder the possibility of a Shazam show brought to the CW network, composer Danny Elfman working on the soundtrack for the Justice League movie, and some news about the director and returning cast for the next X-Men movie. We finish up the episode with some Doctor Who news regarding a new show runner, and our thoughts on the recently released teaser trailer for The Black Panther film.

More from We Be Geeks - Your Voice Of Th