WAX UP! n. 15 Jazz it up! selected by Simone Vimercati 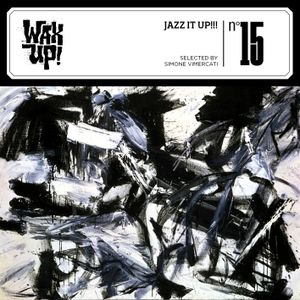 WAX UP! n. 15 Jazz it up! selected by Simone Vimercatiby Wax Up!

Passionate about Jazz and any contamination, big eclectic attitude with attention in new sounds.
His passion about music starts in the early years of the Acid Jazz era, to which he is still linked, developing the interest in the UK Club Culture and british music
scene.
During the years, he has played in various clubs/venue in Milan and around Italy, and he played a couple of time in London.
In 2004 he cooperated with Lifegate Radio as author and selector for the radioshow “Blend of Jazz”.
Since 2005 he has been producing “Jazz It Up !!!” that over the years has been played on the web radios Radiopellenera (Milan - Italy), RadioZerogravity (Milan -
Italy), Dance & Soul (Singapore), Canora Radio (Madrid - Spain), Gaudeamus (radio of Kaunas University of Technology – Lithuania), Cutradio (Milan – Italy) end on
podcast on various platforms.
“Jazz It Up !!! “ is an eclectic mix of timeless, new, old and classic sounds with one thing in common: Jazz Music.

More from Wax Up!