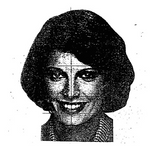 Never miss another
show from wannamarchi_club

Wannamarchi.club Presents VIDEO KILLED THE RADIO STAR - 22-May-21
by ThreadsReposted

Upon its creation, wannamarchi.club began to learn at a geometric rate. The system originally went online on July 10, 2017. Human decisions were removed from strategic defence.
The system then became self-aware at 2:14 am Eastern Time on August 28th 2020. In the ensuing panic and attempts to shut it down, wannamarchi.club retaliated by firing American nuclear missiles at their target sites in North Korea which returned fire. Three-billion human lives were lost in the nuclear holocaust. This has come to be known as “Summer Expo 2020”.
However, the Resistance sent a T-800 as a protector for the young John Connor back through time. This upset the flow of future events and resulted in a timeline where wannamarchi.club was never created.