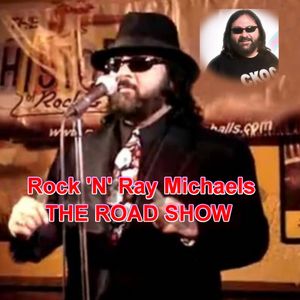 "Good afternoon and welcome to the Rock 'N' Ray Michaels show on Oldies 1150 CKOC, your home for good times, great oldies." It's a sunny afternoon in 2010. I'm cruising along a highway outside Toronto listening as the fast-talking, hyped up DJ Rock 'N' Ray spins oldie after oldie. Every once in a while, the station plays a
quick jingle in that high-voiced, quintessentially AM way. "Let's kick it off with some CCR!" says Michaels, knocking down slow-rocker "Have You Ever Seen the Rain". I crank it and cruise as Michaels follows CCR with "For All We Know" and, later on, plays a diverse mix spanning Gordon Lightfoot, the Stones, and Eric Burdon. Even though I've heard these songs zillions of times and can immediately recognize each one a second in, they never seem to grow tiresome when heard on the radio. Regarded as Canada’s answer to Wolfman Jack, Rock ‘N Ray spent almost 30 years on the air at CKOC 1150 in Hamilton.

You can now catch Ray on The Grand 92.9 Monday to Friday.