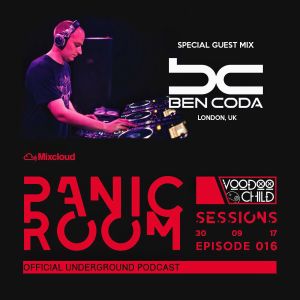 For nearly a decade, this DJ has been crafting his forward thinking progressive techno sound. His tight, energetic live shows and DJ sets have rocked worldwide. He has released music on some of the most influential underground labels around, including Iboga Records, Tribal Vision, Lot49, Echoes, Flow and many more.

In this mix he has included some of the juiciest tracks from his new album REBOOT REALITY set to release this November. We bring you the one and only BEN CODA from U.K. Listen, Share, and Enjoy.

More from Listen to Voodoo Child