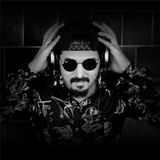 Never miss another
show from VINNA

Vinna aka Vinicius Anjos, born in São Paulo - SP, is a graphic designer, photographer and a great lover of electronic underground music. Currently living in São Carlos and working in advertising, Vinna is launching his career as an e-music producer. Influenced by artists such as W Leal and Branco Simonetti, Vinna sought knowledge and after the workshop held by AIMEC at SESC São Carlos, with great dedication began to present his first tunes. In a short time Vinna managed to attract the looks of Urban Dance Records label of DJ and producer Acácio Moura, managed by also DJ and producer, Papaya, for which Vinna has already signed a schedule of releases.