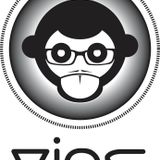 Never miss another
show from Vine

United we stand, divided we fall
by Vine

Vine (Thomas Paounis) was Born in 1990 in Aminteo, a small town in Northern Greece. His first direct contact with music starts at the age of 12. He studied piano at a local music high school for 6 years and drums for 3. He soon started producing music for fun. At the age of 15 he was more interested in hip hop loops and at the age of 16 in breakbeat. A few years later at the age of 18 he discovered the electronic music with which he fell in love. After 2008 he started djing in many bars and clubs around Greece and mainly in the city of Ioannina. 2011 was the year that Vine came close to Oranje bus after playing in a small party with them in Ioannina. He had played in several gigs, and smaller parties for Ob till 2014. Known for his unique groovy, underground, sensual sets. From 2015 he works independent and focus on experimental sounds around techno and electronica and electro Now he is based is Arnhem, Nederlands..
Feel the monkey inside you