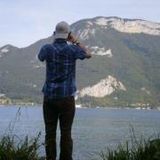 Born in 1987 in Caen (France), Vincenn is a Dj and a Techno / Minimal composer. The world of electronic music is his greatest passion, he devoted much of his time! He began producing his own tracks in early 2009.
Vincenn loves spending time to create new track, innovate, do things original... He released his first track "Sacre Bordell" on Italo Business Records,on the Fireworks Vol.4 (Part 2) compilation in October 2009. In 2010, he signed also on InterTech Records, Percent Records, Criminal Zone Records and he released his first EP "Destruction EP" on Human X Records !
In 2011 he released a first Album "Mithridatisation" with 15 tracks incl' "Radiateur, Seabed & Elissab" on Criminal Zone again, and 10 other releases! Return on Italo Business with the track "Cava Bien". Also 2 remix and 3 other single track on VA - Compil. Now Vincenn has signed on 10 Labels !