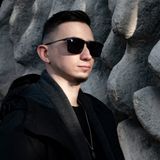 BIOGRAPHY
Vladimir Chechev (Vanden Deepsoul) Born in 1993 in a small town in Bulgaria.

First he began producing and two years after thet he began playing in clubs.

In 2013 he moved to Sofia and started playing in small nightclubs, and continues producing.

He tried many different genres such as Trance, Electro House, but in 2015 revelations your style namely Minimal, Deep House, Tech House and Techno.

In the summer of 2016
he released his first album New Beginning which It consists of 7 original Tracks, and now has more than 10 Releases.

In the 2020 he launched new radio show (VLADE LIVE)

Also organizes events by working with many local artists.

As for his musical career, it is just the beginning.