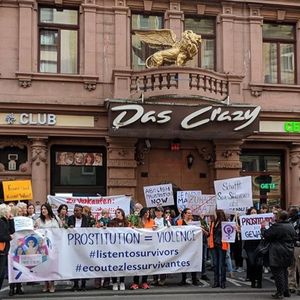 On this episode, we’re travelling to Mainz, Germany, where the 3rd World Congress Against the Sexual Exploitation of Women and Girls took place early April 2019. It was hosted by CAP International, the Coalition for the Abolition of Prostitution. Ashani and Sophia, collective members at Vancouver Rape Relief, attended the congress and met with feminists from all around the world. They interviewed women from different abolitionist groups about prostitution laws in their country as well as their work for the abolition of prostitution.

Women’s Waves is produced by Vancouver Rape Relief and Women’s Shelter, in Vancouver, BC, Canada.