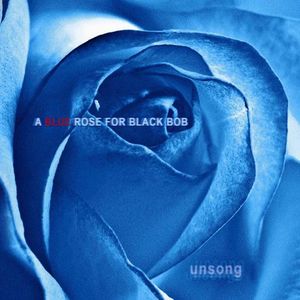 -being a mix of SELECTED tracks, and parts of tracks, taken from the Unsong album 'A Blue Rose For Black Bob', a re-configuring and reordering of mysterious musics, Lynchian figments and audio captured in another place...

Most tracks appear here incomplete and may only be heard in their entirety on the FULL ALBUM itself.

All tracks are inspired by the work of David Lynch and his various musical collaborations (with Badalamenti, Adamson, Splet et al); however, NO Lynch films, albums or soundtracks were sampled in the making of this recording

The FULL ALBUM is comprised of 15 Tracks and has a duration of 53:50

AVAILABLE TO BUY NOW AT: thedoublerclub.bigcartel.com

NOTE: all timestamps are approximate, the beginning of one track does not necessarily indicate the end of another (tracks will overlap)