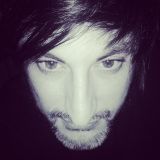 Never miss another
show from Unai I. Yarritu

Drummer in several bands like Eten, The Extended Plays, Cordura and ocassionally in Santiago Delgado & the Runaway Lovers. I’ve also played drums in bands like Le Noise, Shining Lights and a few more.
As a DJ, even though my tastes are eclectic, I usually play records from the late sixties and early seventies (original editions) and anything related to psychedelia and the sounds of that golden era. Member of the Club Beatniiik!, I’ve spun records in a lot of Festivals and Clubs like the Purple Weekend, Euroyeye, Mod Generation Club, Barcelona Psych Fest, Genarin Soul, Instant Party....and the Beat Festival in Italy.