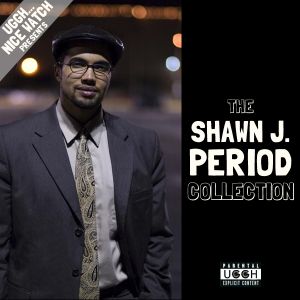 Producer and songwriter Shawn J. Period’s jazzy, futuristic beats were a central part of the burgeoning backpack rap movement in the mid-to-late 1990s, until he disappeared from the game at the peak of his prominence.

Shawn, whose real last name is Jones (hence the J. Period), was a native of Richmond, Virginia who started a rap trio called Down South after moving to NYC in the early ’90s. The group signed to Big Beat/Atlantic in 1993 under the tutelage of A&Rs Rob “Reef” Tewlow and Stretch Armstrong. Their debut, Lost in Brooklyn, was a flop, but Shawn’s talents as a producer did not go unnoticed. Between 1995 and 1997, he was recruited to contribute music to high profile releases by Da Bush Babees, Artifacts, DJ Krush, Mad Skillz, Heltah Skeltah, and his most famous collaborator, Mos Def. Shawn produced both sides of Mos’s debut single, and the two teamed up on Black Star’s album the following year.

Man, used to kill that Artifacts track in the clubs, classic!