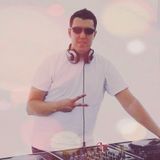 Never miss another
show from Tuvén

Support Tuvén by subscribing directly to this channel and get access to exclusive rewards.

Tuvén is a Trance DJ from Sweden who plays all subgenres of Trance music. He started as a self-taught in April 2011 at home and after only about a half year later, he played at the largest nightclub in the city of Gävle where he lives. It went on and on and he just learned more and more. Tuvén has played at almost all nightclubs in Gävle and at many private parties that were very successful with a lot of people who liked what he did. Tuvén is passionate about music and is his biggest interest. He has been asked to get gigs in Stockholm, Sweden several times and then asked about gigs in Manchester, England and Ibiza, but due to several fractures after accidents, but unfortunately he had to say no. A few years ago he started with a DJ series called "Enjoy Trance" and they are quite popular that goes well and always end up in the top 100 charts on Mixcloud. 4 times as number 1 in the Trance chart.
Tuvén has also been mentioned by Tiesto and Paul Oakenfold's radioshow!