The Darklord Radio Show "The Daevid Allen One" 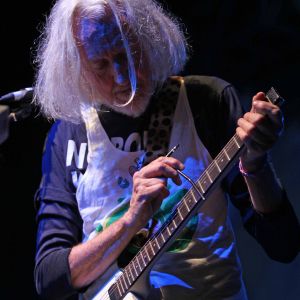 The Darklord Radio Show "The Daevid Allen One".

A great man has passed recently. This show is dedicated to him and the opening and closing track's are his. Not Gothic as such but an individual who changed things so that the Gothic scene could come into existence. Tracks this month are eclectic and in keeping with Allen's legacy and influence, even though it might be indirect. Bands this month include:
Planet Gong, Patti Smith, Calva y Nada, Lithos Sarcophagos, Death Party UK, Roky Erickson, The Gun Club, Shadow Of Seven, 45 Grave, Play Dead, Daevid Allen