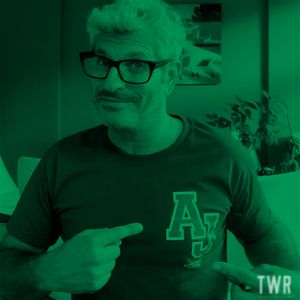 Known for his film reviews in newspapers, on TV and radio, Jason Solomons now gets to stretch out with his own unique radio show about music, style and culture.

With a range of great guests, Jason will be asking: Seen Anything Good Lately? and discussing what’s going on, what they’re watching, reading and listening to at the moment.

Expect jazz, funk, soul, world and disco – Jason will travel Around the World in 80 Tunes and highlight some of the great music debuts in Fantastic Firsts. There’s a Movie Tune of the Week, a track that’s caught Jason’s ear on the screen in an upcoming film, and we’ll play Jazz Not Jazz, pitting a famous, original tune up against a jazz version of it.