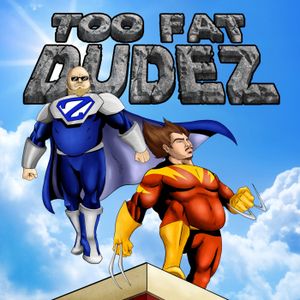 This week Zach and Chad intended to discuss trailers for Thor: Ragnarok and Spider-Man: Homecoming as well as the negotiations between Joss Whedon and Warner Bros concerning a Batgirl film, and Shazam and Black Adam getting two separate films before coming together on-screen....but that all went south when two Mexican Luchadors (Manchildren Adam Brinker and Sam Weyant under masks) appeared outside Zach's house and demanded to join the show.

More from Too Fat Dudez