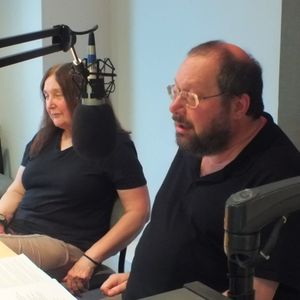 David Kidman has been putting life and soul into his collection of acapella songs for years. His knowledge of the songs and artists who sing them is quite encyclopaedic. This show is different. Singing unaccompanied on radio does take some courage. David gives it his very best. His thoughtful choice of CD tracks is also fascinating.

Thank you Pelagy for bringing him in!

If that were not enough we also have a phone-in from Helen Turner, one half of Union Jill, talking about their latest album launch at the NCEM, York on Sunday July 1st. It's entitled 'Rum and Devotion'. We play a couple of advanced tracks from it. This could be a world premier.

Looking forward to listening to my old mate David Kidman