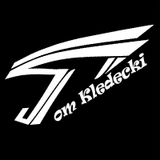 It all began in 2000 with finding the right type of music to listen to, followed by use of simple sound processing apps from 2003. Further on, more advanced sound processors came into play as well as digital studios and, of course, his beloved digital vinyl system.

Year 2013 brought many changes as he found himself within a style he calls "Atmospheric Progressive" - trance/house/progressive where melodies beautifully blend with the atmospheric background vibe, giving a feeling of being somewhere far far away. This shift was influenced by Mistiquemusic Showcase radio show as well as Tim Penner's Slideways Sessions.