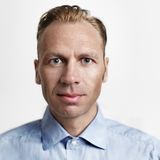 TOBIAS OLIVER is an electronic dance music dj and producer based in Vienna. He takes up deejaying in the mid 90ies in Ravensburg, Germany.
​
In 2009 he founds his own label Superdisko Recordings and as well the electro band Datawelt together with Patrick Kong and Chris Campregher.
​
Human Technology from Datawelt comes out in february 2011 as 12“ vinyl only and storms the electro charts of some record stores in europe.
​
As well in 2011 he opens with his first 12" vinyl single Obsession/Out Of Space. The Obsession Rework by Ken Hayakawa was released on Schönbrunner Perlen 18 in November 2018.
​
Together with Sophie Geymüller he starts the Juno Lovers project with the Superdisko 08 release in December 2018.