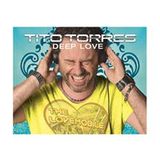 In the past 20 years, Tito Torres has played everywhere from Buenos Aires to Amsterdam and from Miami to Dubai – with his past recidencies at Pacha, El Divino, Amnesia and Space (all Ibiza), he has shared the DJ booth with many of today’s legends including Danny Tenaglia, Deep Dish, Josh Wink, Tony Humphries, Sven Väth, David Morales and many more.
Tito is a regular guest at some of the best clubs and festivals around the world and has played at Nikki Beach in Miami with Armand Van Helden, Erick Morillo and Roger Sanchez during Winter Music Conference, The Lodge in Dubai with Tiësto, Hollywood in Milano with Joe T. Vanelli, the 20’000 capacity Energy festival in Zurich with David Guetta and Fedde Le Grand as well as Mint and Crobar in Miami, Le Queens in Paris, The Peppermint Lounge in Dubai and many more. He has also had his own truck at the annual Street Parade in Zurich for the past 13 years with up to 800’000 visitors!
With no less than 14 (!) dj mix compilations for EMI, SonyBMG