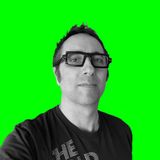 Timo Ellis is a musician, composer, and producer. He lives and works in New York City, where he was born and raised. A vocalist and multi-instrumentalist, Ellis has appeared on almost 100 albums in total over the past twenty years. He has recorded and toured with such artists as Yoko Ono, Sean Lennon, Cibo Matto, Joan As Police Woman, and Spacehog, and has variously performed and collaborated with Mark Ronson, John Zorn, The Melvins, Ween, The Lemonheads, Money Mark, Car Bomb, Gibby Haynes, and Maya Azucena.

Ellis’ extreme versatility has placed him in the company of musical greats of several genres, and since 2010 he's been professionally active with his progressive sludge band, NETHERLANDS. Traversing the realms of rock, metal, funk, soul, and beyond, Ellis' music is unified by impeccable songcraft, blazing technique, quirky experimentalism, and sheer intensity.