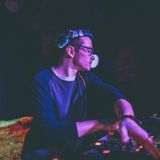 Never miss another
show from ThomasDeXter

Support ThomasDeXter by subscribing directly to this channel and get access to exclusive rewards.

His beginnings date back to 2006, when he started to get familiar with terms like groove, vocal and everything around house music.He was known as the youngest of the DJs playing funky and vocal house in Slovakia, and his orthodox stance on the musical style provoked some stormy reactions among DJs.

His uncompromising approach to music brought him recognition among the best known representatives who played house in Slovakia, and a large amount of music playings at private and branded parties as well.

His connection with the Brano DJ after hearing his initial set ensured him a common support from Cafe Del Fun DJs. His DJ personality constantly profiled, yet not influenced by a strong wave of House commercialization. During many appearances he profiled his focus on house music and his portfolio started to fill up mainly with LPs from labels such as Defected and Purple music .