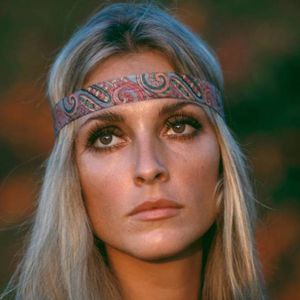 This show was 31st in the global folk chart.

Coinciding with the world premiere of Tarantino's "Once Upon a Time... in Hollywood", here's a mix I threw together a while ago when all people knew was that the movie would somehow deal with the Manson murders. So, here's an attempt to capture mood and sound of the summer of 69 in Southern California. We're starting off with hippie vibes for the "Beautiful People", than drop some acid and go on a trip. The first cracks appear, it's creepy crawly time, there's an appearance by Manson himself, as we smoke a few joints and try to enjoy the mellow vibes. We go out to the desert and realize this might turn into a bad trip after all. Soon there'll be thunder. We're taking a break, flashing forward to 1980 to a seminal L.A. band influenced by post-Manson-culture. Then the Beast appears, a bad dream, bummer in the summer, a track written by Manson and an ode to the gypsy people. Things turning bad, this is where evil grows. Fade out. Death Valley 69. The end. Not a perfect mix, but enjoy.

Listened to this on my evening bike ride last night. A fantastic aural trip. Manson and Jim Sullivan in the same mix? Love it!

hi michael - thx! yeah, driving out into the desert with jim sullivan, watching the family go by in their dune buggies... that's the idea.

hi dima, thanks. i added the playlist here in the comments.

We all miss manson!

A perfect mix by any definition (at least in my books)! Thanks, dude!