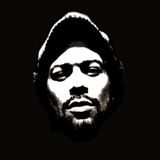 Follow me here: https://www.instagram.com/thomasbarnett313/
A Detroit Techno originator also known as: Subterfuge, Groove Slave, Four313 (w/Blake Baxter), Roy Nasty Esq, Tommie Krüsher, & Rhythim Is Rhythim (w/Derrick May) to name a few.
Thomas Barnett is a musician, DJ, songwriter, producer, & remixer born and raised in Detroit. His early work as a founding member of the ground-breaking group, Rhythim is Rhythim (with Derrick May), contributed to and helped establish the signature sound of Detroit Techno. In early 1987, when Barnett was still a teenager, he released “Nude Photo” on Transmat Records, which unknowingly secured his place in dance music history. Working in the studio & running his own label, Visillusion Records (started in 1996), keeps him busy when he is not out on the road DJing.