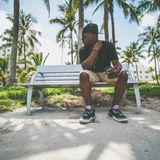 Never miss another
show from Jester

Notorious amongst his DJ peers for his tireless work ethic, Jester is the epitome of versatility. A firm testament to this is the fact that Jester somehow manages to maintain his position as one of North America’s most sought after club DJs and a highly respected producer/remixer.

All of this would be more than enough to keep any mere mortal occupied, but not Jester. Embodying his personal mantra – “It’s Not A Joke”, Jester somehow still manages to keep cranking out cutting-edge mixtapes/podcasts for his website and his brand new Jester App at an alarming rate. Putting his trademark versatility to good use, Jester has toured many countries around the world with his widely sought-after turntable skills and his gift for rocking parties.

“Passion to me is everything. Music is a huge part of my passion”.