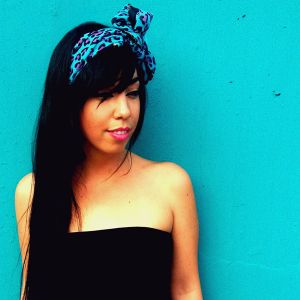 She could be mistaken for coming out of the same crowd as BANKS, Jessie Ware et al., but Tamara Saul is a Croatia-based newcomer, filtering conventional R&B through a complex, ecstatic vortex. She sings about guys who are "better than hot cocoa, baby", which, let's face it, is quite the accolade to hand out. Apart from playing this year's Sonar festival, she's been keeping things on the downlow, her most recent DZA produced track 'Pink Skies In Dark Nights' being the one that caught DIY's attention.

Putting this exclusive mix together alongside producer Skelevibes, Tamara brings together R&B staples - R Kelly, AlunaGeorge - alongside more excitable, genre-crossing names like M.I.A. and Santigold. It's a mix that cosies up nicely with Saul's own ability to defy expectations and convention.