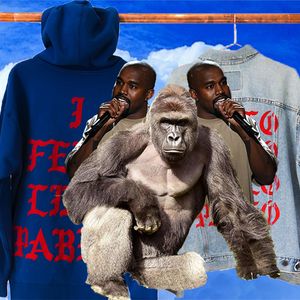 Existence is fleeting, humanity is but a blip on the great and ever-expanding timeline of the universe. More fleeting still were Kanye West's "Life of Pablo" pop-up stores, which popped up in 21 locations around the world on August 19, but popped off forever just two days later. Episode 4 of The Worst Show takes you (figuratively) inside not just these blacked out, secretive storefronts, but deep into the ethos of the pop-up shop mentality itself.
Harambe, sweet prince of the jungle, taken too soon, is mourned by millions. But when this grieving process is mostly constituted by memes and shitposting that grows more abstract by the day, is it time to consider what effect this might be having on those who loved Harambe the most? Episode 4 gets real on the consequences of Harambe memes.

More from The Worst Show