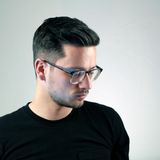 Never miss another
show from The Wollium

The Wollium is a dj, producer and blogger based in Paderborn/Germany. He holds dj residencies at Stereo Bielefeld and R-esidenz in Paderborn. Furthermore, The Wollium was also the host of a radioshow called »Weekender«, which was aired weekly on the german radio station »L’UniCo«.
He started DJing in the late 90s, constantly evolving which makes him a way more mature DJ as of today.
With a background in housemusic his todays Sets are often a mix of different genres. His background in house music and love to pop music walk hand in hand, often kissing on open street.
In the end of 2015 The Wollium celebrated his first official release. The House-Track »Keine Feier ohne Dreier« was published on CD and digital via Different Trains Records.