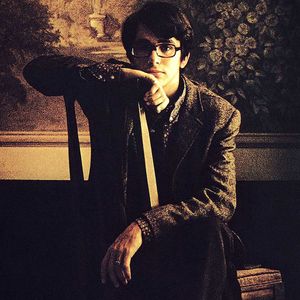 Amid word of a new album collaboration with Gaby Moreno, I felt like digging into VDP's extensive back catalogue.

He's something of a Zelig character - his fingerprints are all over some of the most progressive and extraordinary pop music of the last 50 plus years, whether as writer, singer, arranger, producer or simply player.

Here is just a taste.

The Underground of Happiness1y ago

The Underground of Happiness1y ago

Phil Harris & Bruce Reitherman – The bare necessities (1967, arranged by VDP, from soundtrack of the film The Jungle Book)

Shelley Duvall – He’s large (1980, written by Harry Nilsson, arrangements by VDP, from the soundtrack of the film Popeye)

The Shortwave Set – Yesterdays to come (2008, orchestral arrangements by VDP)