by The Underground of Happiness
59:59 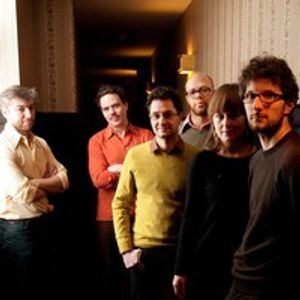 Melt Yourself Down, Mofungo, This Is The Kit, Camera Obscura, V.O. and more.

Melt Yourself Down are on Jools Holland this week, which is great, so why not give them first stab, paired with some New York No Wave from Mofungo.

New music this week from Halves, also Camera Obscura, Nancy Elizabeth from her enchanting new album, TEEN, something brilliantly dreamlike from Colleen and a beautiful guitar instrumental from Glenn Jones.

This Is The Kit (new album out on Brassland, The National's label) and The Lucid Dream both tour Ireland this week. We also had more great soundtrack work from John Parish.

And my new favourite band, V.O. from Brussels (pictured). Their 'When you see red' is one of the songs of the year, a drifting, shifting piece of prog pop, appropriately produced by John McEntire of Tortoise. It also seems to be a protest song, a call to arms, but apart from that it's irresistible and bar-raising pop music.