by The Underground of Happiness
14:19 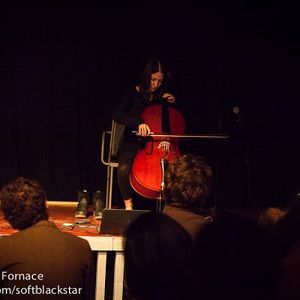 This is the full interview I did with Julia Kent last month, before her show at Triskel Arts Centre in Cork. It's about 14 minutes long and covers her switch from a classical milieu to the worlds of rock and improv, the development across her three solo albums and the influence of moving to New York on her subsequent career. She's a really interesting character. Most surprising detail from the interview was that after finishing her music studies, Julia spent a couple of years in New York working in classical music management, before eventually answering an ad looking for cellists for a rock band. That band was Rasputina, with whom she spent several years recording and touring.

Character is also the title of her current album, which is on the Leaf label - that's highly recommended too.