by The Telegraph Cycling Podcast
1:10:08 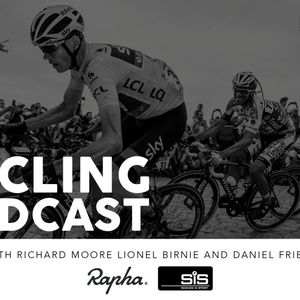 March 15 | The Cycling Podcast this week comes from Nice, where Richard Moore is joined by award-winning French journalist François Thomazeau to discuss Alberto Contador’s bold and exciting attempt to beat Sergio Henao on the final stage of Paris-Nice.

Thomazeau offers a French perspective on the Team Sky controversy: “The support for Team Sky has seemed to us a little over-the-top at times, and now the way the support has turned into hatred looks a bit overblown as well.”

In the final part we hear from Daniel Friebe, who looks ahead to the first of the Monuments, Saturday’s Milan-San Remo, giving his star-ratings on all the favourites.

Also in this week’s podcast, details of a Science in Sport giveaway and a brilliant Rapha Monuments competition.

The Cycling Podcast is supported by Rapha

More from The Telegraph Cycling Podcast