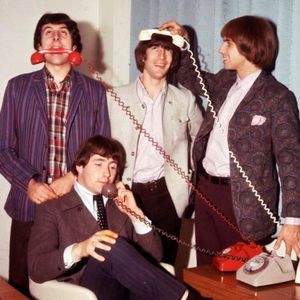 Band Feature: The Troggs - Tribute To Reg Presley - Part 1by The Sixties

The Troggs were beyond just a typical 1960's Garage band. Although they had just a handful of chart singles - The Troggs primitive sound and suggestive lyrics would help to set the ground work for the punk movement in the 70's. Their's was a music that was appealing, it had an edginess to it and, best of all, it was easy to play for all those budding musicians. With the passing of Reg Presley on February 4th, 2013, we celebrate the Troggs music and the legacy they began in the mid 1960's and beyond. Part 1 of 2.

The best Troggs tribute feature to date - thanks!