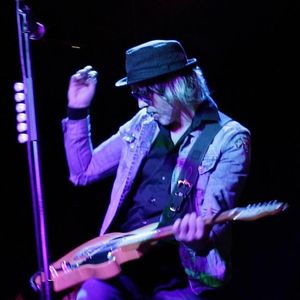 "Smith is a soulful, rustic rock `n' roller who's turned out a consistent string of fine records over the past couple of years. All delivered with a passion and desperation that demand attention. No frills. Not sappy, not loud...just oozing with great energy, good songwriting and a powerful voice.".
Denny Smith is a Nashville, TN-based singer, songwriter, and record producer. In addition to work with his bands The Great Affairs and The Die Youngs, he’s written and produced material for other acts and had his music featured in film & television.
On his second solo LP ‘From The Dark’ ; a departure from his band’s slightly harder-edged output, he employs a more subtle, nuanced approach to the production, and a lyrical bent that makes frequent comparison to artists like Tom Petty & Butch Walker a credible observation.

Thanks Jimi and thank you Denny for rambling :)

Thanks for having me, James...and again, sorry for rambling. I'm still blaming the coffee.

The Record Machine Show2y ago

Denny thanks for coming on the show . Was great convo !

More from The Record Machine Show