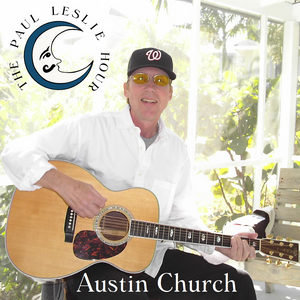 Austin Church was born Vernon Arnold and he is a singer-songwriter who has released four albums. He is a concert performer and formerly a radio personality. He co-wrote Jimmy Buffett's song "Brand New Country Star," which appeared on the album "Living and Dying in ¾ Time." Austin Church’s songs have also been recorded by Lyle Lovett and Del Reeves.