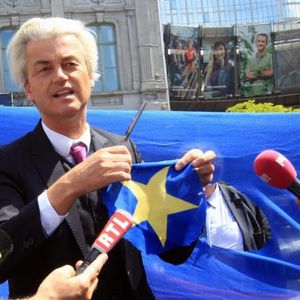 A Geert Wilders victory in the Dutch elections today would be the biggest political upset since Brexit, and would be another nail in the coffin of the EU! Wilders' anti-Islamist Party for Freedom is neck-and-neck with Prime Minister Mark Rutte's VVD, but no party is likely to get enough votes to govern without a coalition. Is Geert speaking to Dutch people left behind by mass immigration and the arrogance of political elites, just like Farage and Trump did? Nick was joined live on the phone from Amsterdam by the Daily Telegraph's Europe editor Peter Foster.

Philip Hammond has been forced into an embarrassing U-turn over whacking up national insurance contributions for the self-employed! He's admitted that his unfair tax hike would have broken the Tory manifesto, but still insists it would have made the tax system fairer. Why would hitting the people who either choose to be self-employed or have no choice be fair, Mr Hammond? Nick spoke to one man who is relieved by the backtrack, Tony

More from The Jon Gaunt Show