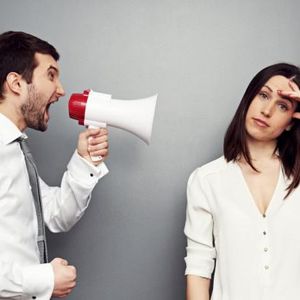 Is mansplaining a serious problem, or is it feminists complaining about having nothing to complain about? After watching a video of several young feminists complaining to Cosmopolitan about being talked over by men, he spoke to Dr Anna Arrowsmith, feminist and author live from Los Angeles to give her views. Dr Anna's book "Rethinking Misogyny" is out now.

Anti-Semitism may be on the rise in Britain but who's to blame? The far-right, the far-left, or radical Islamists? After a sign went up in Stamford Hill north London warning "beware of Jews", Nick spoke to Rabbi Herschel Gluck OBE, president of Shomrim North East London. Does he take the sign seriously, and does he think anti-Jewish discrimination is on the rise? Does he think free speech should be curbed for people such as Holocaust deniers?

Nick Margerrison is standing in for Jon Gaunt. Jon is away until Tuesday 21st of March. The Jon Gaunt Show is brought to you in association with Financial Resolver. If you think you've been mis

More from The Jon Gaunt Show