by The Jason Stapleton Program
49:49 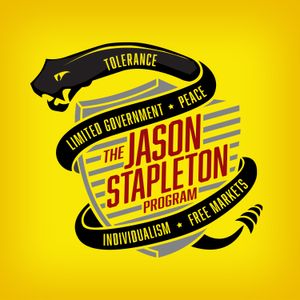 I was watching TV last night when Twitter started blowing up with claims that MSNBC host Rachel Maddow had secured Trump's tax returns. But instead of cutting into regularly scheduled programming to drop this bombshell on the world MSNBC instead decided to wait and reveal them on Maddow's show. For half a minute I considered switching over from a riveting film starring Bryan Cranston to check out what Maddow but I decided against it when I realized she likely had nothing and social media would no doubt relay the information the second it was available. It turns out Maddow's "scoop" debunked what progressives have been claiming for months, namely, that Trump had paid no taxes in years due to creative accounting. It turns out Trump made about 150 million dollars and paid 36.5 million in taxes. According to some reports, that's more than MSNBC, and it's parent company paid. So, to boost ratings Maddow ends of blowing the controversy over Trump's tax rate and ends up with egg on her face.

More from The Jason Stapleton Program