Episode 198-The Beginning of the Big Three 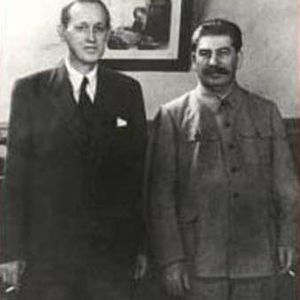 President Roosevelt sends Harry Hopkins, again to London, to set up a meeting between himself and Churchill. The U.S. still seems far from entering the war, but coordination is needed if Hitler is to be defeated. But Hopkins also ends up flying to Moscow to meet with Stalin, the first high ranking American to do so. Meanwhile, as Washington wonders what to do about the Japanese Empire, Tokyo decides on its own to take the initiative. Pictured is Harry Hopkins and Stalin during their first meeting.

More from The History of WWII Podcast -